Three years on from Slow Dance In The Cosmos, Aaron Maine is back with his debut for Domino. Here, the NYC-based singer-songwriter discusses how being branded “bummer-pop” by a music blog helped inspire the lyrically-abstract, synth-led pop on latest LP Pool. 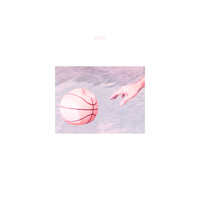 There’s been a big shift in your sound since Slow Dance In The Cosmos. Is the new synth-led direction a natural progression or the result of a conscious choice.

It was kind-of a combination of the two. I feel like I naturally started to gravitate towards more electronic sounds and then really focused on achieving that by listening to more music and just thinking about the product as a whole. I knew it was a drastic thing so I wanted to execute it as best I could. I taught myself to make the kind of music that I wanted to be making.

Is that a consequence of your listening habits changing?

I really wasn’t listening to much music at all, ever. (Laughs) I mean, when I was younger I got really into The Strokes and The Beatles and Neil Young and a lot of folk-rock stuff. Then for a while I didn’t have an iPod and my computer broke, so I didn’t really have a means of listening to music. I mean, I could have figured one out, obviously, but I was just more interested in making music and listening to that.

I think once I started listening again, I had a better understanding of what was going on. I heard some obvious things that I never noticed before, and I wanted to catch up and make something more current, I guess. I mean, that’s not really why I was doing it but, I got really into Blood Orange, Kelela, Arthur Russell, Frankie Knuckles and Drake, and all of this stuff was definitely synth or electronic-based music. I guess, guitar music is a little bit redundant or has been done so many times. Not that I don’t enjoy it still, but when it comes to what’s being made today, I think the genre that has the most room for innovation is electronic music.

I think the genre that has the most room for innovation is electronic music.

So when did you begin work on Pool?

I started demoing songs for the album once I had moved to New York. I wrote and demoed them all home here, in my apartment. I probably recorded 40 or 50 demos over a year and a half and, once I felt like I had my bearings, I decided to start over and pick 15 songs to re-do with my new skill set.

The demos were pretty extensive and fleshed-out; they weren’t just guitar ideas, they were pretty realised. But by the end of the process I felt like my skills as a producer were so much better that I wanted to re-do my favourite ones with that in mind.

All your production skills are self-taught, then?

Yes. I have some friends that are knowledgeable about that stuff, and whenever I could get them over to help me mix a song, or show me some tips, I would try to pay attention and pick up whatever I could.

When you went back and recorded the 15 songs, what was your starting point?

I know the song ‘Mood’ was the first demo I recorded when I first got [music recording software] Logic. That was the first track that I was like, “This is sort-of starting to achieve what I imagine the next album sounding like.” But when I went back to start over, I think I may have started with ‘Even The Shadow’. By that point I knew what tools, what drum machines and what sounds I was comfortable with, and what I felt worked together.

Can you explain how the creative process works for you?

Usually, I will write for like an hour or two – just freeform – and once I feel like I’ve come up with some lines that I really like, I’ll sit with the guitar and just play and sing some of the lines until I find something that works, like a verse or a chorus or some melodic thing. And I guess once I have the basic structure, I’ll polish the lyrics and finish off the song as a basic idea, and then move to the recording process.

That’s the ideal situation, but sometimes I feel like I’ve gone to the recording process too soon – before the song is as strong as I feel like it should have been – and have just burned time working on a song when I don’t really know where it’s going. You could just tweak the bass sound for four hours and then by the end of the day you realise you don’t even like the song that much. (Laughs) So I’ve been trying to not go into that phase until I’m really happy that the song holds up by itself.

It must be difficult sometimes to know when to stop working on a song. Do you ever seek the opinions of others?

Yeah, definitely. If I have a new song I’ll email it to some friends, or have some people over and show them what I’ve been working on and see how they react to it. I guess you could just keep going but, I mean, if you can’t think of anything else to do the song, I feel like it’s done. Or at a certain point, it’s just overkill to add too much stuff. Where that line is I don’t know, but it feels pretty natural knowing when to stop.

You have fun with Auto-Tune on the album. It’s quite a divisive effect – what attracted you to use it?

I really was excited when I found out that I could do that in Logic. It’s obviously attractive to me as a vocalist, I guess, because it flattens out any imperfection. As someone who’s hyper-critical of my own voice or skills as a singer, it was fun and exciting to stumble upon Auto-Tune. I didn’t want to rely on it heavily or use it as crutch, so I tried to figure out a way to use it as a stylistic element, as opposed to correcting flaws in my pitch or whatever.

Consequence of Sound previously described your music as “bummer pop”. What do you make of that description?

Yeah, that’s funny. That labelling played a big part in this shift because I just really didn’t like the idea of my music bumming people out. I guess after examining [my music], I started to understand why it would merit a label like that. But to me it was always the opposite: it was a victory to work through something in a song. So yeah, I definitely was consciously trying to... Not to shed that label, but to just think about how someone else would receive the music. Obviously, it’s melancholy but I wanted to focus on the sweeter side of that I guess, rather than dwelling on the other side.

Where does that sense of melancholy come from?

I don’t know. I guess I’ve always been drawn to the more melancholic experiences in my life, or life in general, at least when it comes to feeling inspired to write a song. The melodies that I’m drawn to are dramatic and moody, so it’s a natural inclination. I initially wanted to shape that and then I came round to realising that’s one of my strengths. So I just wanted to accept it and expand upon that, and hone it a bit more so it came across less angsty and more vibe-y, I guess.

Is that why, lyrically, you’ve shifted away from specifics into abstraction?

Yeah, definitely. I feel like the lyrics on this record are basically just collages of widely-felt sentiments. There was nothing that I specifically drew inspiration from. Living in the city was really important, and that experience of hearing new music, watching new stuff, my relationships.

Also, there wasn’t much drama in my life to write about, so I felt like I had to dig deeper and be more abstract to create the mood that I wanted to hear. That was nice actually: figuring out how to tap into something else for inspiration. Something less experiential and something more subconscious.

Some of the tracks are very dance-able though, and a sad song that you can dance to is the Holy Grail as far as we’re concerned.

I like that combination too. I love the idea of people dancing at our shows and having more fun in the live setting with the band.

So, will you be touring throughout 2016?

Yeah we have a bunch of shows that are lining up. We have a US tour that starts at the beginning of March and after that we’ll be in Europe for some shows, and that’s as far as anything is nailed down right now. But I think it’ll be a pretty busy year.

I just wanna tour a reasonable amount so I don’t go insane on the road. My favourite thing to do is be home and write and record; that’s truly what I enjoy most about the process. So I just hope that the album is received well and that I have time to keep making new music.